Pit is Palutena's most loyal servant, as well as the captain of her royal bodyguards. He's sometimes erroneously referred to as "Kid Icarus" due to confusing his name with the English title of the series. Pit is always armed with his trusty bow and arrows, and prefers ranged combat, though he's demonstrated a fair amount of melee capability.

In earlier games, Pit appeared as a young, cherubic angel wearing a simple white chiton with a pair of sandals, and metal cuffs. He has short brown hair, and small white wings that are incapable of flight. In Kid Icarus: Of Myths and Monsters and beyond, he dons a gold laurel crown. Since his reappearance in Brawl, he was given a major redesign by Masahiro Sakurai. Pit now looks to be around 13 years old (in human years), and has large blue eyes and many tufts of hair. His chilton is replaced by an exomis, which is white, and decorated with red ang gold hems on the bottom. Its fastened on the shoulder by a single gold pin with a ruby-like gem embedded on it. He wears the outfit with a brown belt that has silver lining the edges, and a gold, triangular buckle on his waist. Pit also appears to wear navy blue tights beneath his chiton. The angel now has a pair of bronze and gold cuffs on his wrists, a gold bracelet on his upper left arm, and another gold ring on his right thigh. Pit's sandals are brown and decorated with crossing, beige bands. The top edges of his sandals have what appears to be white fur or whool.

Oddly, in Uprising, he appears to be much taller than someone of his (human) age, as he's only slightly shorter than Palutena, who appears somewhere in her '20s. 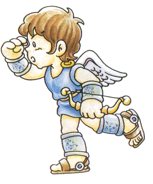 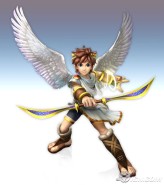 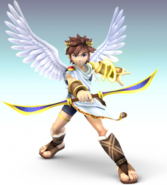 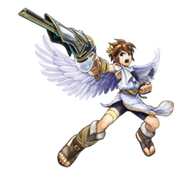 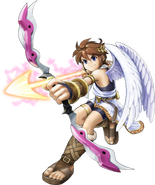 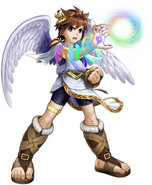 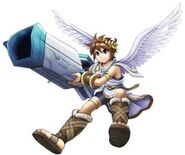 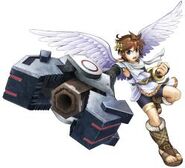 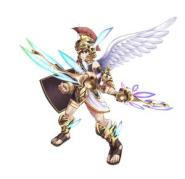 Kid Icarus: Uprising with Three Sacred Treasures
Add a photo to this gallery 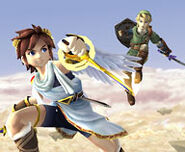 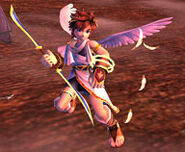 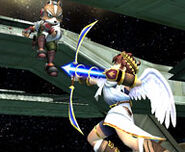 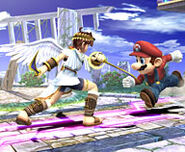 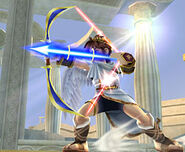 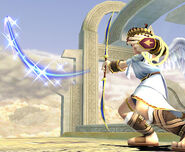 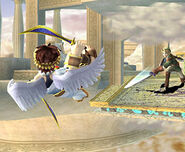 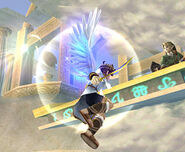 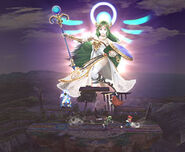 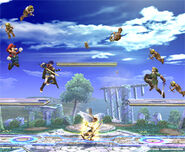 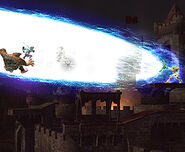 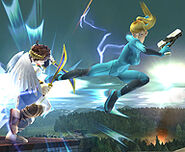 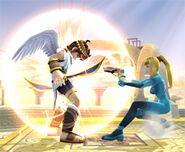 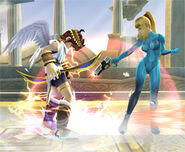 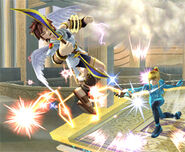 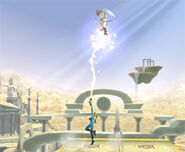 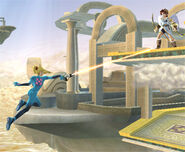 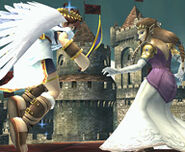 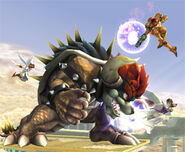 Kid Icarus: Uprising
Add a photo to this gallery

Retrieved from "https://tommyvaccaro.fandom.com/wiki/Pit?oldid=4969"
Community content is available under CC-BY-SA unless otherwise noted.